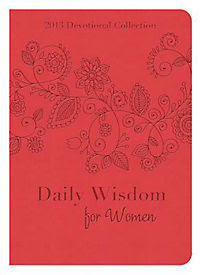 This is an excellent devotional!  I highly recommend it to every woman.  This devotional is written just for women, and relates to our everyday life.    It covers every topic from our self image, to our emotions.  A definite read!
Posted by Mary-Ann at 5:12 PM No comments:

Bad Girls of the Bible 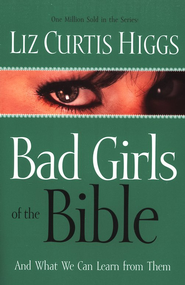 I really enjoyed this book, Not only has Liz Curtis Higgs done her research, but she's a great storyteller, as well.  By first placing each featured woman's story in the appropriate historical setting, and then creating a similar story in current times, Curtis Higgs does as any good pastor would, giving the reader a sense of how lessons from the Bible can be helpful today.  It helps when an author can take something that happened in the past and relate it to something present. The way the stories are written, do make the reader stop and think about current issues and how today's problems are no different from thousands of years ago. There is redemption for all of us if we stop and get on the right path.
Posted by Mary-Ann at 8:02 PM No comments: 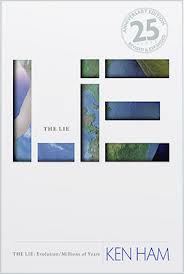 This is a book I highly recommend to everyone! Ken Ham has thoroughly and giftedly explained his view on why Evolution is not a science but a belief system in which scientists who were not even there when the world began came up with. He then compared Evolution to Creation which is a fact that is known through the Bible, a book that has been written my men but inspired by God who has always existed, knows everything and created the world.  This is a brilliant tool to counter evolution with the truths of the Bible.
Ken Ham's main thesis is that evolution is just another religion in competition with the traditional Christian viewpoint based on the Bible. He is a scientist as well which adds some depth to his arguments, but mostly he deals with the general concept of what constitutes a religion and then proves that evolution is just that. He mostly seeks to expose the underlying bias that the world has today towards evolution to explain our origins and how this bias is unfounded. He's not a polished writer, but his book reads very direct, probably the same way he gives his presentations in schools across the English speaking world.

“this book is published by Master Books, a division of New Leaf Publishing Group.”