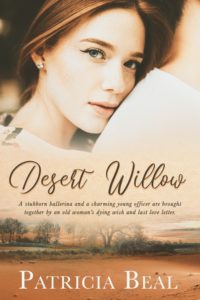 After a failed engagement, Captain Andrew Lee James has focused on building a career in the Army he loves. That commitment includes helping a feisty, out-of-work ballerina whose devotion to her grandmother’s dying wish immediately grabs his heart. She’s the one, but will he be able to win the heart of a woman who has vowed to never be involved with a soldier?

College graduate Clara Malone swore to never love anyone in the military again but when her dying grandmother asks her to deliver a love letter to the general who broke her heart decades ago, she agrees and finds herself escorted by a handsome Army captain whose kindness challenges her beliefs. Surrounded by desert willows that shower her path with pretty pink flowers and sing with the buzzing of hummingbirds, Clara enjoys the wild beauty of El Paso—and her time with Andrew—more than expected.

Can she deliver her grandmother’s last love letter without losing her heart to a man who represents everything she fears?

My Thoughts:  This was such a wonderful book to read.  This is a story of love and forgiveness.  It's a story of one family trying to put the past behind them and finding forgiveness Not just forgiveness with one another, but learning about God's love for us and His forgiveness of our sins.    It's also about not being judgmental of others and things that happen in our lives.   This story is beautifully written, and with the twists and turns in the plot, it's a story that the reader will not want to put down.  The reader will fall in love with the main characters, Clara and Andrew as they follow them along their journey that God has set for them.  Will Clara trust God?  Will she put her fears behind her?  This is a story readers will not want to miss. 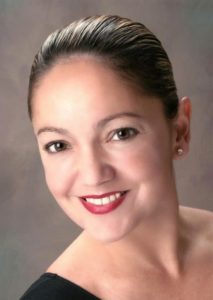 Desert Willow: A Love Song to the City of El Paso, to Family, and to Prince Harry
I enjoy this story so much! It’s great to finally get to share it with you.
Desert Willow started as a NaNoWriMo project in 2015 and has a lot of my grandma’s history in it—life in the German colonies of the south of Brazil, the beginning of the shoe industry there, and the story of the most influential man her town has ever known, my great-grandfather.
And what does that have to do with El Paso and Prince Harry?
Well, my Prince Harry lookalike, a young Army captain named Andrew Lee James who lives in El Paso, is helping the protagonist deliver her grandmother’s last love letter, a letter she was urged to write all those years ago after what happened in Brazil.
The contemporary story of Clara (protagonist) and Andrew was fun to write too because I’ve been around the Army since the nineties. We moved to Fort Bliss/El Paso in 2012 and lived there for six years. I thought I was going to hate it, but I loved it, so I just had to write an El Paso story.
Now I think that what I enjoyed the most about writing this novel was making all the connections and showing how the actions of a distant past affect and inform the modern story so deeply.
Some of you have journeyed with me for a while and know that my debut, A Season to Dance, was my salvation process. What comes after salvation can be hard. What’s that? Well, looking at past mistakes through God’s eyes and realizing just how wrong we were, for starters.
We know how quickly God forgives us, but can we forgive ourselves and each other as quickly?
Desert Willow deals with all that. And with Prince Harry… 😊 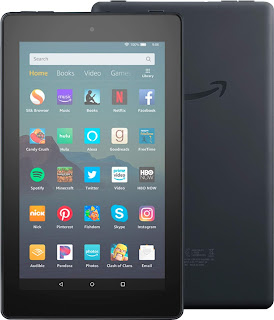 To celebrate her tour, Patricia is giving away the grand prize of a Kindle Fire 7 (https://amzn.to/37TEN21)!!
Be sure to comment on the blog stops for nine extra entries into the giveaway! 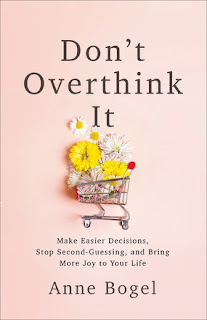 About the Book:  We've all been there--stuck in a cycle of what-ifs, plagued by indecision, paralyzed by the fear of getting it wrong. Nobody wants to live like this, but overthinking doesn't feel like something we can choose to stop doing. It feels like something we're wired to do, something we just can't escape. But is it?
Anne Bogel's answer is no. You can overcome negative thought patterns that are repetitive, unhealthy, and unhelpful and replace them with positive ones that will bring more peace, joy, and love into your life. In Don't Overthink It, you'll find actionable strategies that can make an immediate and lasting difference in how you deal with questions both small--Should I buy these flowers?--and large--What am I doing with my life? More than a book about good decision-making, Don't Overthink It offers you a framework for making choices you'll be comfortable with, allowing you to use an appropriate amount of energy and freeing you to focus on all the other stuff that matters in life.

My Thoughts: We all do it, we all overthink things at times. We make a decision and keep thinking about whether or not it was right, or there are some of us who just can't make that decision and just keep thinking about what it is we need to do.    Anne Bogel has come to the rescue.   She writes and gives us strategies to help us overcome this dilemma.  This is a great workbook for those who find themselves frequently second-guessing themselves, those who fret about the small stuff, who's thoughts keep them up at night, or those who feel stuck reviewing something that happened in the past, just to name some of the overthinking that we do.  Many will find this book to be a very helpful tool.  The author will help the reader overcome and bring much more joy into their lives.