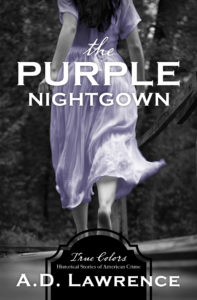 Marvel at true but forgotten history when patients check into Linda Hazzard’s Washington state spa in 1912 and soon become victim of her twisted greed.
Book 10 in the True Colors series—Fiction Based on Strange-But True History

Heiress Stella Burke is plagued by insincere suitors and nonstop headaches. Exhausting all other medical aides for her migraines, Stella reads Fasting for the Cure of Disease by Linda Hazzard and determines to go to the spa the author runs. Stella’s chauffer and long-time friend, Henry Clayton, is reluctant to leave her at the spa. Something doesn’t feel right to him, still Stella submits herself into Linda Hazzard’s care. Stella soon learns the spa has a dark side and Linda a mean streak. But when Stella has had enough, all ways to leave are suddenly blocked. Will Stella become a walking skeleton like many of the other patients or succumb to a worse fate?

My Thoughts:  This is such a wonderful read.  It is full of suspense, it is full of love.  This is a story that will grip the readers' hearts.   Can a rich heiress fall in love with her best friend from childhood?  Will she ever find relief from the pain?   Stella is just an average girl who suffers from migraines.  Anyone who has suffered through one can understand her plight.  Henry only cares for Stella and would do anything to see her better.   This is a story of learning to lean on God no matter what.  We should follow God and lean on Him.   The fact that this is a true-crime mystery,  will keep the reader thinking, could this really happen?  The answer is yes.

This is a must-read for those who love a good mystery.  Well written and hard to put down, this is one you will not want to pass up. 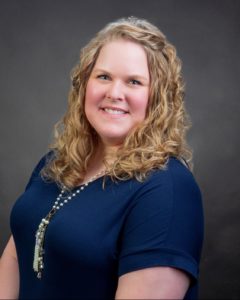 A.D. Lawrence makes her home in Northeastern Nebraska. She has been passionate about writing and true crime for years, and her two obsessions melded into the goal of authorship. She is an active member of the ACFW, writes a true crime blog, won the 2019 Crown Award and was a 2019 First Impressions finalist.

Times have changed. And like so many things, health retreats have experienced their own metamorphosis. Sure, they’ve always catered to people with both spare money and time, but aside from similar clientele, the face of the health spa is nothing like its early 20th century sister.

If you could afford a getaway to a modern-day health spa like The Golden Door, you’d be treated to the luxury of rest. Yoga on the beach. Deep tissue massages. A much-needed break from technology and life’s constant pressures. Mental well-being is valued almost as highly as physical health, and the two are thought to be connected. After days or weeks of pampering, you would return home relaxed, recharged, and ready to dip back into the hustle of the real world.

In 1911, during the time of The Purple Nightgown, the medical community took a diametrically different approach to health. Weight equaled health.The prevailing assumption was that any ailments were directly connected to weight. Thus, ‘fat camps’ grew in popularity. Men and women checked into sanatoriums where the aides put them through grueling exercise regimes and provided them with just enough food to sustain life. No coddling. Not many of us would subject ourselves to the treatments early health spas required.

In this era of already extreme health measures, Linda Hazzard made her mark in Washington State. Obsessed with fasting, she ran her patients through an unfathomable course of ‘diet and exercise’ that proved the undoing of many. She did give massages though, which you’ll learn more about when you read The Purple Nightgown.

Although it’s fun to long for a simpler time while reading historical books and watching shows like Little House on the Prairie, there are some modern ways of thinking and advances in human comfort I’d rather not give up. One of those is the vastly superior spa experience we have today. Somehow, a facial with soothing background music sounds much more appealing than running mile after mile every day with nothing to look forward to but a glass of orange juice or a bowl of canned tomato broth.

The Meanderings of a Bookworm, March 23

For Him and My Family, March 24

Through the Fire Blogs, March 25

For the Love of Literature, March 26

Spoken from the Heart, April 4 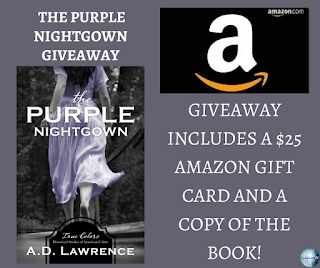 To celebrate her tour, A.D. is giving away the grand prize package of a $25 Amazon gift card

and a copy of the book!!